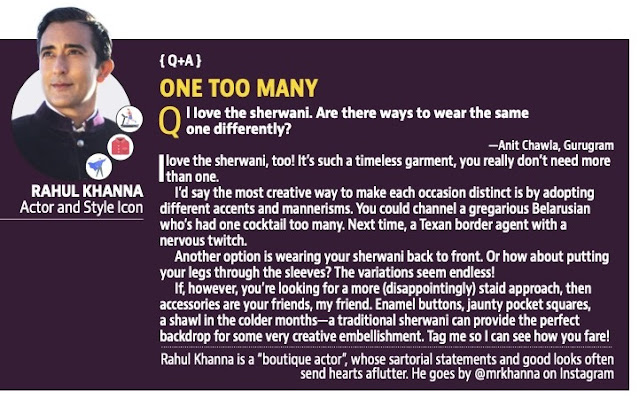 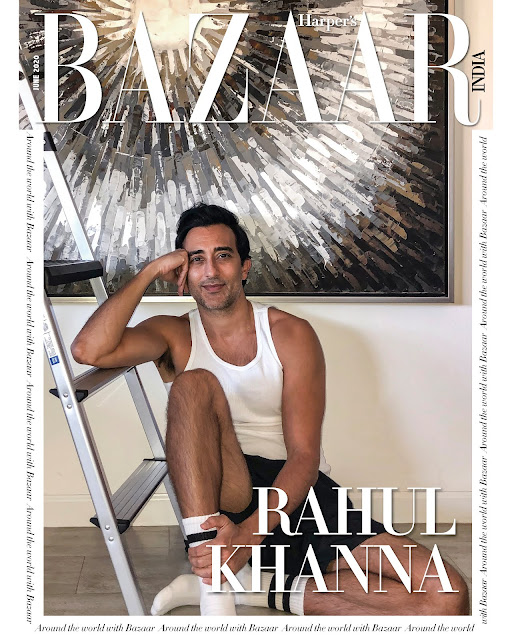 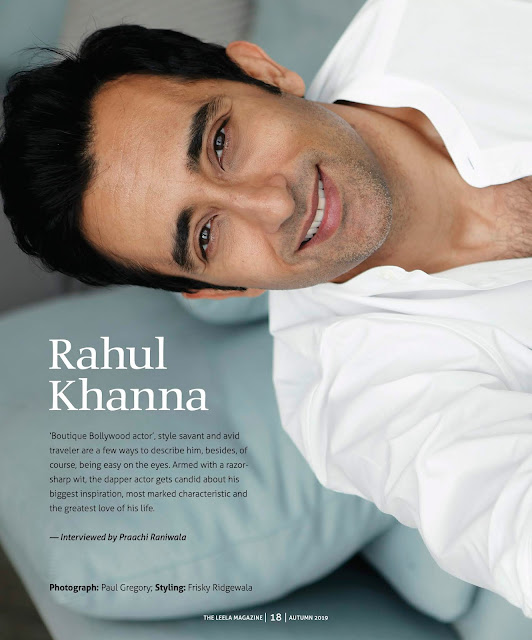 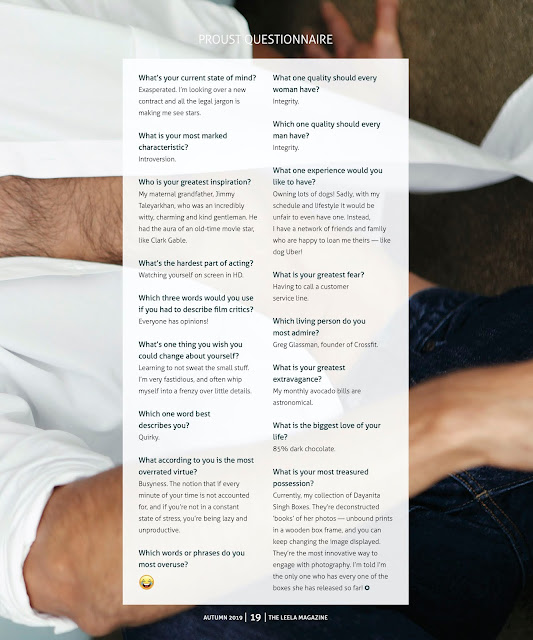 First Of Many, The Indian Express, November 2019 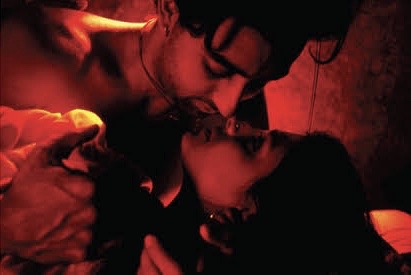 In a career spanning over two decades, Rahul Khanna has done around a dozen film projects, many of which have left an indelible impression in the minds of the audience. The actor who was seen in Netflix series Leila earlier this year, is fondly remembered for movies including Bollywood/Hollywood, Raqeeb, Love Aaj Kal and Wake Up Sid.

The model-turned-actor has remained a favourite television anchor starting 1990s, and has also hosted various award shows and B-town's big events. From endorsements to writing, there's nothing that Rahul hasn't done. But one of his most striking work is Deepa Mehta's directorial 1947: Earth, the second movie in Mehta's elemental trilogy (Fire, Earth and Water). It was a story about a group of friends, set in 1947, against the backdrop of the partition of India and Pakistan, and seen through the eyes of a young Parsi girl. 1947: Earth was also India's official entry for the Academy Awards in 1999.

But how did Rahul, who was already hosting shows on MTV, land the role of Hassan in 1947: Earth, which also got him the Filmfare Award for Best Debut? 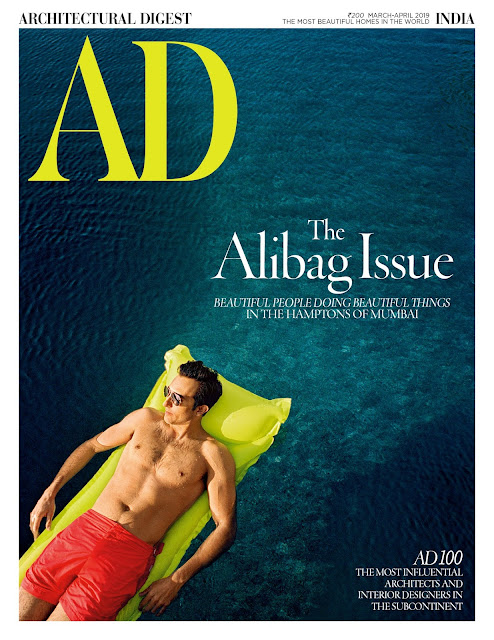 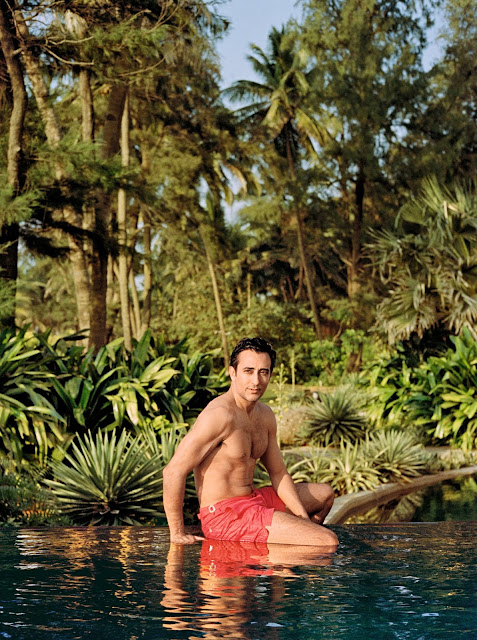 The dapper actor began visiting Alibag as a teenager, after his mother’s best friend, an early ‘pioneer’ to the area, built a home. Nowadays he visits his brother, who can be spotted regularly on the jetty. “I love the sense of community, and that everyone knows everyone,” Rahul says. “It’s a much gentler social ecosystem than in Mumbai. People socialize, but it’s low impact. And everything is outdoors, which we don’t have in Mumbai.” Rahul is photographed here in a Kunal Maniar-designed pool and garden
Photographer: Bikramjit Bose, Stylist: Tanya Vohra, Hairstylist and Make-Up Artist: Akgun Manisali, Swimming trunks: Orlebar Brown, Words: Gayatri Rangachari Shah 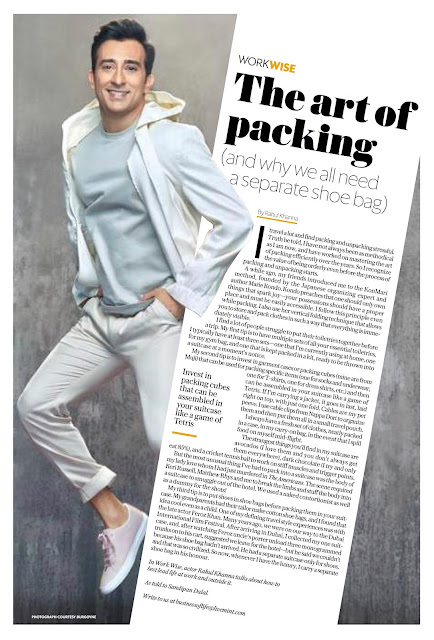 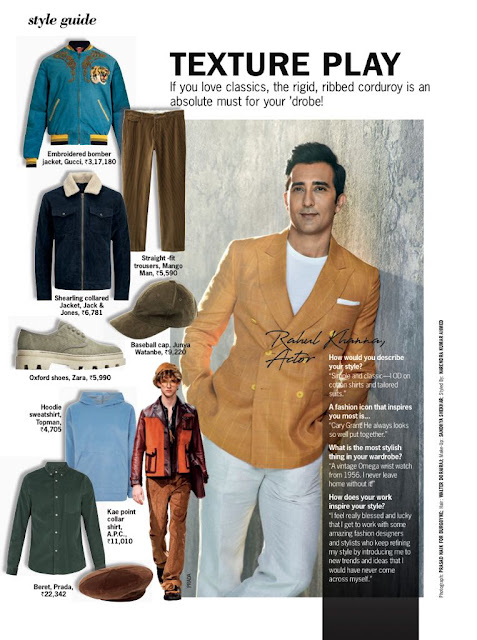 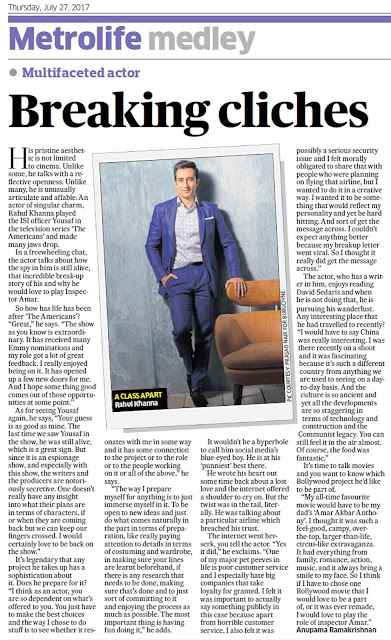 Why We Broke Up 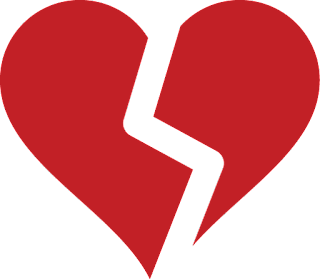 Can you believe we’ve been together well over two decades now? How time flies.

I’m not sure if you know this, but you were my first. 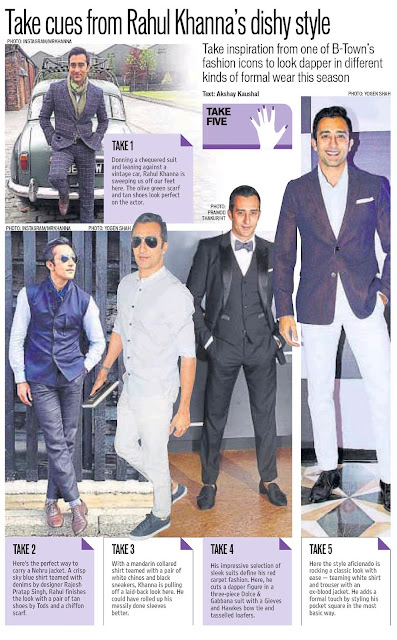 Copyright © Rahul Khanna
All rights reserved. No part of this blog may be used or reproduced without permission.